Could ADHD in Children Really be a Sleep Problem? 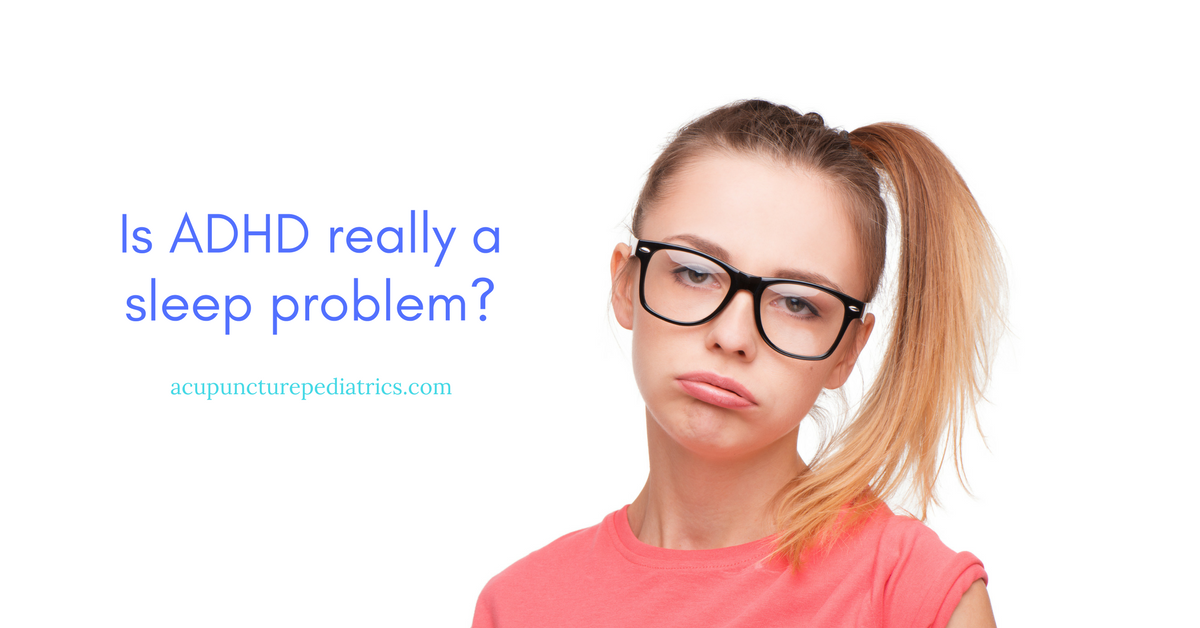 I'm sure you wouldn't be surprised to learn that today most kid's aren't getting enough sleep.

Reports from the Center for Disease Control point out that today's children get an hour less sleep per night than children did 100 years ago.  Increasingly, today's children are expected to rise early and participate in structured activities most of their day. This leaves less time for homework and downtime, shifting bedtime to later hours. This is even more problematic for teens today.

How Much Sleep Do Kids Need?

When children do not have enough delta sleep, instead of being fatigued they often have difficulties with focus, behavior, and hyperactivity!  Which are all symptoms associated with ADHD.

Here's a chart that shows how much sleep is needed at various stages of life:

Do Children have Sleep Deprivation or ADHD?

This raises an important question about whether or not a significant number of cases of ADHD could actually be sleep deprivation in disguise!

According to Dr. Vatsal Thakkar, clinical assistant professor of psychiatry at NYU Langone Medical Center, there are several studies which suggest this could be the case.  He also says children diagnosed with ADHD often also suffer from snoring, sleep apnea, restless leg syndrome, and poor sleep quality.  But are these conditions comorbid or causative?

"One study, published in 2004 in the journal Sleep, looked at 34 children with A.D.H.D. Every one of them showed a deficit of delta sleep, compared with only a handful of the 32 control subjects.

A 2006 study in the journal Pediatrics showed something similar, from the perspective of a surgery clinic. This study included 105 children between ages 5 and 12. Seventy-eight of them were scheduled to have their tonsils removed because they had problems breathing in their sleep, while 27 children scheduled for other operations served as a control group. Researchers measured the participants’ sleep patterns and tested for hyperactivity and inattentiveness, consistent with standard protocols for validating an A.D.H.D. diagnosis.

Of the 78 children getting the tonsillectomies, 28 percent were found to have A.D.H.D., compared with only 7 percent of the control group.

Even more stunning was what the study’s authors found a year after the surgeries, when they followed up with the children. A full half of the original A.D.H.D. group who received tonsillectomies — 11 of 22 children — no longer met the criteria for the condition. In other words, what had appeared to be A.D.H.D. had been resolved by treating a sleeping problem."

So, how do we use this information to help us with our acupuncture treatments for ADHD?

1. Do an in-depth sleep assessment Important questions to ask about a child's sleep include:

2. Use root and manifestation theory It can be easy to get caught up in a Western medical diagnosis, but don't let it confuse your TCM diagnosis. It's very important to look at ADHD from the perspective of root and manifestation, taking into account all of the signs and symptoms along with the child's chief complaint.

4. Diet is critical. I could write on this topic for days, but in a nutshell processed foods, sugar, and caffeine can all interfere with sleep quality, so helping your patients adopt a healthier diet should always be part of the plan.

If you're ready to offer an alternative approach to treating autism and ADHD and want to build your confidence working with this population, then please be sure to check out Introduction to Treating Autism and Attention Disorders.

[…] others how to do the same is so incredibly fulfilling. That’s why last week I announced that registration for the Introduction to Treating Autism & ADHD Online Course is now available year … That means you can sign up at anytime, from […]
Read more
Read less
Like Reply
A Review of 2015 and Our Most Popular Blog Posts - Acupuncture Pediatrics
Dec 28, 2015 09:06pm

[…] #1 Could ADHD in Children Really be a Sleep Problem? […]
Read more
Read less
Like Reply