Pediatric Feeding Disorders: Do Acupuncturists have a role?

What is Pediatric feeding disorder (PFD)?

Pediatric feeding disorder (PFD) is impaired oral intake that is not age-appropriate and is associated with medical, nutritional, feeding skill, and/or psychosocial dysfunction (Goday, 2019) The incidence of children of children with problematic feeding is on the rise. It is estimated that 2.3 million children five years old and younger in the United States (Manikam, 1996) are affected by PFD.

Primary care for these children generally includes Physician(s), Occupational and/or Speech Therapist, Nutrition/dietitian, and in some cases Behavior support. The physicians monitor health status, medications, Western medical tests, labs, and possible surgery if a g-tube or other procedures are needed.

Occupational therapists may work on seating, positioning, sensory processing, oral motor skills and adaptive equipment for feeding, as well as developmental skills in other areas.

Speech therapy will work on oral motor skills, monitoring swallow, provide support for thickeners or food texture, and cognition and communication in general.

Nutritionist/dietitian will provide diet education and support, (especially if special diets like Ketogenic, Atkins, allergen-free, etc are an issue), monitor the child’s weight, schedule oral and non-oral feedings as appropriate.

Behavior intervention can be helpful in managing the psycho-social dynamics in the family related to eating.  In current practice, acupuncturists are not generally part of the team.

However, as acupuncturists, our ancient medicine has much to offer young children struggling to eat enough or unable to eat at all.

In simple cases, a lack of appetite is the limiting factor. These children usually have no other medical diagnosis. Addressing the TCM pattern, which is often either clearing SP/ST excess or tonifying SP/ST deficiency is enough to motivate young children to eat. In these cases, tuina or shonishin can be very beneficial. Don’t forget to train the family to do tuina at home! If massage with skin-to-skin contact is a problem, try doing the massage with a hedgehog ball. Kids who don’t tolerate touch often enjoy a hand-free massage with a ball.

Another common issue with children with PFD is Reflux.

Treating the Reflux per the TCM pattern is essential. I like to use a combination of tuina, or other manual therapy, to address the alignment of the diaphragm, rib cage, and musculature around the thorax as well as more traditional TCM or tuina treatment strategies.

Working with herbs and diet can be very useful if the team is open to exploring these options. Sometimes just changing a formula can significantly reduce Reflux. Personally, I like to get kids on the most whole-food-based diet possible.

PFD usually has a significant musculoskeletal component, especially in children with no other medical diagnosis. Often these kids had a difficult birth. Perhaps breathing or other vitals were not impaired during delivery, but the baby suffered from neck or other strain in the birthing process that is often not considered by the medical team.

How do you know if anatomical malalignment (AKA channel obstruction) is a factor in PFD?

To assess physical alignment as a contributing factor to PFD, look for any anatomical asymmetry in the body or the head.

Is there cranial asymmetry?

Plagiocephaly, of asymmetry of the cranium, is known to cause neurological impairments in children. I especially notice issues with the coordination of chewing and swallowing with plagiocephaly.

Is there cervical extension or torticollis?

Often babies with PFD, have “no neck”. Dysfunction anywhere in the cervical region affects the function in the other structures, including swallowing.

Palpate under the jaw. Children with PFD often have spasticity at the attachments of the tongue, palpable at the inside edge of the mandible. Roll the skin along the spine (Nie Jie Fa) and palpate for areas of restriction. Identifying these restrictions go a long way to determining which muscles and Zang Fu organs are involved.

Treating the baby’s neck for trauma can go a very long way to improving her feeding.

Just as in adults, severe pain interferes with a baby's ability to concentrate and learn new things. When traumatic pain occurs at birth, it can impair a baby’s ability to learn to feed and attain other milestones. Both channel theory and Western musculoskeletal style treatments can be very useful for both assessing and treating very young babies with PFD.

If the baby is generally grumpy and disagreeable, please consider that they are in chronic pain and treat the pattern accordingly.

For those comfortable with hands-on therapies, the Speech and Swallowing Disorders protocol from Integrative Manual Therapy is phenomenal.

Given that this incidence of PFD increases to 80% in developmentally delayed children (Manikam, 2000), often the baby's needs go beyond just stimulating the appetite or treating musculoskeletal trauma. Of course, these cases require a team of professionals addressing the needs of the family.

For these children, treating the musculoskeletal structures as well as the presenting TCM patterns is essential. TCM can be extremely useful in managing the GERD, asthma, allergies that are often comorbidities with PFD, and preventing pneumonia that often occurs with swallowing dysfunction.

Manuel is an 8-month-old boy that was born prematurely at 33 weeks. He was in the NICU for 1 month but was released home with no additional services and no medical diagnosis. His mother was referred to Early Intervention (birth to 3) services when he was having difficulties feeding, he was not rolling, he was not bearing weight in the feet and he was significantly falling behind with his milestones.

Manuel’s only service provider is an Occupational Therapist/Acupuncturist. He presented with plagiocephaly, and significant fascial restrictions along the length of the spine.

He had very little active neck or spine rotation.

He was spilling formula from his mouth when he took a bottle, was unable to tolerate textures or finger feeding, and couldn't use his hands to hold his bottle.

He was not rolling over or tolerating tummy time. He had no Western Medical diagnosis.

His TCM diagnosis is Channel Obstruction with underlying SP and KD deficiency. The first treatment mother was trained to do the “basic four” tuina massages:

Following the first treatment, Manuel had more active movement at his neck and his sitting balance started to improve. In the following 10 treatments, the focus was on the Integrative Manual Therapy protocol for Speech and Swallowing Disorders and addressing channel obstruction in his pelvis, neck, and face.

His mother was trained to do acupressure on the ST 4, 6, 7, and GB 8 to release Buccinator, Masseter, and Temporalis muscles in order to address the Plagiocephaly.

These points were extremely tender as first and very gentle pressure was needed to gently release them. She was also given tuina and acupressure strategies to support Manuel’s SP and KD during the week per the clinicians pattern assessment.

The therapy outcome was very good.

Manuel stopped dribbling when taking a bottle. He started actively use his hands for play and finger feeding. He started tolerating more texture in his food, including finger foods. He began tolerating tummy time and eventually rotating on his tummy during tummy time. His head became significantly less flat in the back. He became much more aware of his environment and much more social with his family. 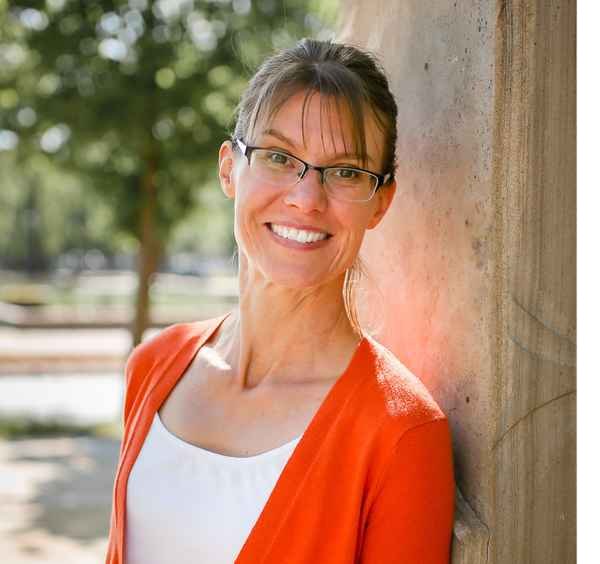 Emily studied Biology and Occupational Therapy at Concordia University-WI. Emily's career began as an Occupational Therapist with experience across many treatment settings, but a strong interest in pediatrics. After personal success with Traditional Chinese Medicine and manual therapy, Emily pursued her Acupuncture degree at the New Zealand School of Acupuncture and Traditional Chinese Medicine and extensive training in Manual Therapies and osteopathic techniques. Emily currently works in Denver, CO. Her practice is divided between Early Intervention (primarily with children with feeding and swallowing disorders) and in her private Acupuncture practice, Good Beginnings Wellness. She is licensed as both an Acupuncturist and Occupational Therapist.

There are no comments yet. Be the first one to leave a comment!